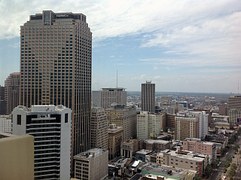 More than three-quarters of the construction performed in the United States is performed by subcontractors. Whether you’re a small, family-owned plastering subcontractor working primarily on renovations of historical properties or a multi-million dollar commercial mechanical subcontractor, your work is subject to:

The Mississippi ASA Board of Directors on or before December 31st of each year accepts nominations from its membership for General Contractors, Architects & Engineers who should be considered as ASA “Partnership Member Firms”. This is an elite group of construction professionals that are NOT subcontractors or supplies and they are not eligible to become ASA Member Firms. This program was established so that the chapter could recognizes those firms that exemplify strong professional working relationships with ASA of Mississippi’s member firms. All “Partnership Member Firms” are discussed and voted on by the chapters Board of Directors.

ASA is proud to announce its 2021 Partnership Program Nominees: